Pastor Edward Olutoke declared the meeting opened at 2pm on dot with ten members on seat and with a declaration that if we must change our world we need to change ourselves first and since it has become habitual for Nigerians to attend events late; no SNP meeting will start behind schedule.

The opening prayer was said by Mr. Efiok Jumbo.
After the general introductions and the sharing of the vision behind SNP by pastor Edward Olutoke, Mr. Efiok jumbo volunteered to be the protem secretary and was unanimously endorsed. According to Olutoke, SNP is the party for Nigerians who are tired of the status quo, Nigerians who want a change and Nigerians who are not afraid of going for what they believe in. He further emphasized that SNP is a revolution, an intellectual revolution that will never be allowed to go violent. He declared that SNP needs everyone on board and that this meeting was actually called to put a face to the uncommon wave of change blowing in Nigeria. In his submission, SNP is never owned and will never be owned by any individual or group of individuals. There will never be a god father anywhere. The ownership of the party belongs to Nigerian masses, the jobless youths on the streets, the battered women at the market, the homeless, hopeless but creative and strong young Nigerians under the bridges across the country.  He therefore called for inputs from members as to how to go about the journey without falling into the pit already dug by the wicked generation who want to cling unto power until death do them apart. He once again welcomed everybody on board.

Mr Bayo Lawal who came in from Delta state specifically for the meeting stood up to express his joy on the formation of SNP. He opined that for the party to endure the test of time, it must build a strong foundation and operational structure which will be difficult for anyone to pull down. He suggested members should not assume that there is still time, that all should boldly launch out and attempt to take over power by 2015 because Nigeria has been battered beyond recognition. He called for the development of a blueprint for the party which will serve as template for other regions coming up. He therefore moved a motion that Abuja chapter should stand as the national coordinating body so that work can start earnestly.

His motion was countered by Pastor Edward who declared that a national coordinating body can only emerge when all states take off fully and come on a round table to determine the modus operandi. He said presently, the visioners are the national coordinators. He declared that presently, there are young Nigerians working tirelessly to build the party in Lagos, UK, US and other part of the world and enjoin all to find a role to play.

Mr Segun Olugbile in his own submission opined that the party is a great concept but that he came just to see what it is all about. He suggested that for the party to make sense, the visioners must look for a known face who can drive home the good message and pull the crowd. Such a man must be of high integrity and must have made impact in the lives of many. He expressed his reservation on how a group can begin to call itself a political party without registration or even basic ideology. So he suggested we woo a lawyer, preferably a SAN who can advise on the legal implications of what we are trying to do. He said a party without a strong manifesto and agenda will fail and he does not want to be part of failure. He observed that the party website lacks identity and a bit offensive, that we should not portray activism but simply go branding what we are selling to the public. He supported the call to make Abuja the operational base for the party since it’s easier to make the needed noise but also he cautioned that we be wary of security issues. He concluded by asking members to agree on forming a caretaker committee with a broad term of reference. The committee according to him, will chart the way forward for the party either in Abuja or at the national level.
Mr. Hillary Yusuf, in contributing, said we should first of all clarify the stand of the party as to read that we are not an opposition party but an alternative party and that we should be careful not to allow the good intention to be hijacked by those who are looking for a platform to fight the government of the day. He strongly suggested that the party should build a strong value-based identity and be the voice for the teeming youths. Being a grassroots person, he said it won’t be difficult to mobilize the youth in the number desired.

Mr Jacob Ojeh submitted that to build a strong party takes time so we should not be in a hurry to want to take over power in 2015. He suggested that we should approach foreign bodies who are always willing to sponsor this kind of ideas because we cannot do without enough fund. According to him, as long as the people behind it, are men of integrity and driven by passion, it will work.

Many members kicked against partnering with any foreign donors because they will always come in with an agenda.
Mr. Henry cautioned that we need to run away from negative minded people and watch out for wolves in the sheep skin. He lauded the creation of SNP and pledged his unalloyed support for the building of the party.
Mr. Segun Olugbile cut in to say that members will like to know the identity of the visioners so as to know if they are people they can work with or just some elements fronting for some people in power.

Pastor Edward tried to vouch for the characters of the young men behind the ideas saying if he is one of them and can organize this meeting then they should be able to trust the other people behind this march to freedom but promised that they will be met in person soonest.

Mr Kingsley Joshua in a passion laid delivery shared his nasty experience as a party member in PDP and what led to his pulling out. He expressed hope that SNP will not go the same way. He however promised to work with the organizers to build a virile party but asked that we should build a brand to aid members return to their localities for mobilization and empowerment.

To round up the meeting because of time, it was unanimously agreed that a seven man committee be constituted and report back to the house in its next meeting on 23rd  February 2013
the committee members are:
Mr Kingsley Joshua
Mr Bayo Laway
Mr Segun olugbile
Mr Hillary Yusuf
Mrs Blessing Ekweme
Mr Efiok Jumbo
A SAN
Pastor Edward Olutoke
terms of reference
1    Develop the necessary structures and strategy for the party
2    Suggest faces needed for the branding of the party
3    Develop blueprint for fund mobilization
4    Build timeline for deliverables
a motion for adjournment was moved by Mr Sheyin love at 4.45pm.
Closing prayer was said by Mrs Blessing Ekweme.

The sitting came to a close at 4.50pm dissolving into the committee’s brief meeting.
Mr Segun Olugbile was selected to be the chairman of the caretaker committee with Mrs Blessing Ekweme as the secretary. The committee resolved to meet next on 16th February 2013 by which time members would have made individual submissions on all terms of reference.
Signed
Mr Jumbo Efiok
Protem secretary

Pictures[NIGERIANS BRINGING CHANGE TO THE WORLD] 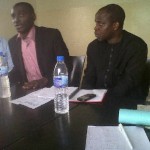 NIGERIANS BRINGING CHANGE TO THE WORLD 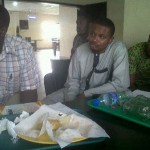 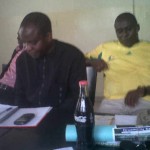 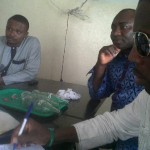 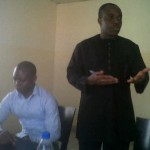 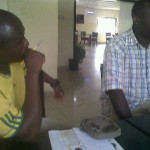 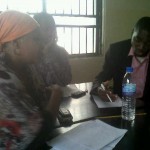 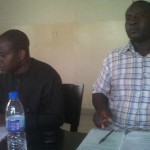